Booksinhomes.com.au > Blog > Billboard in the Outback 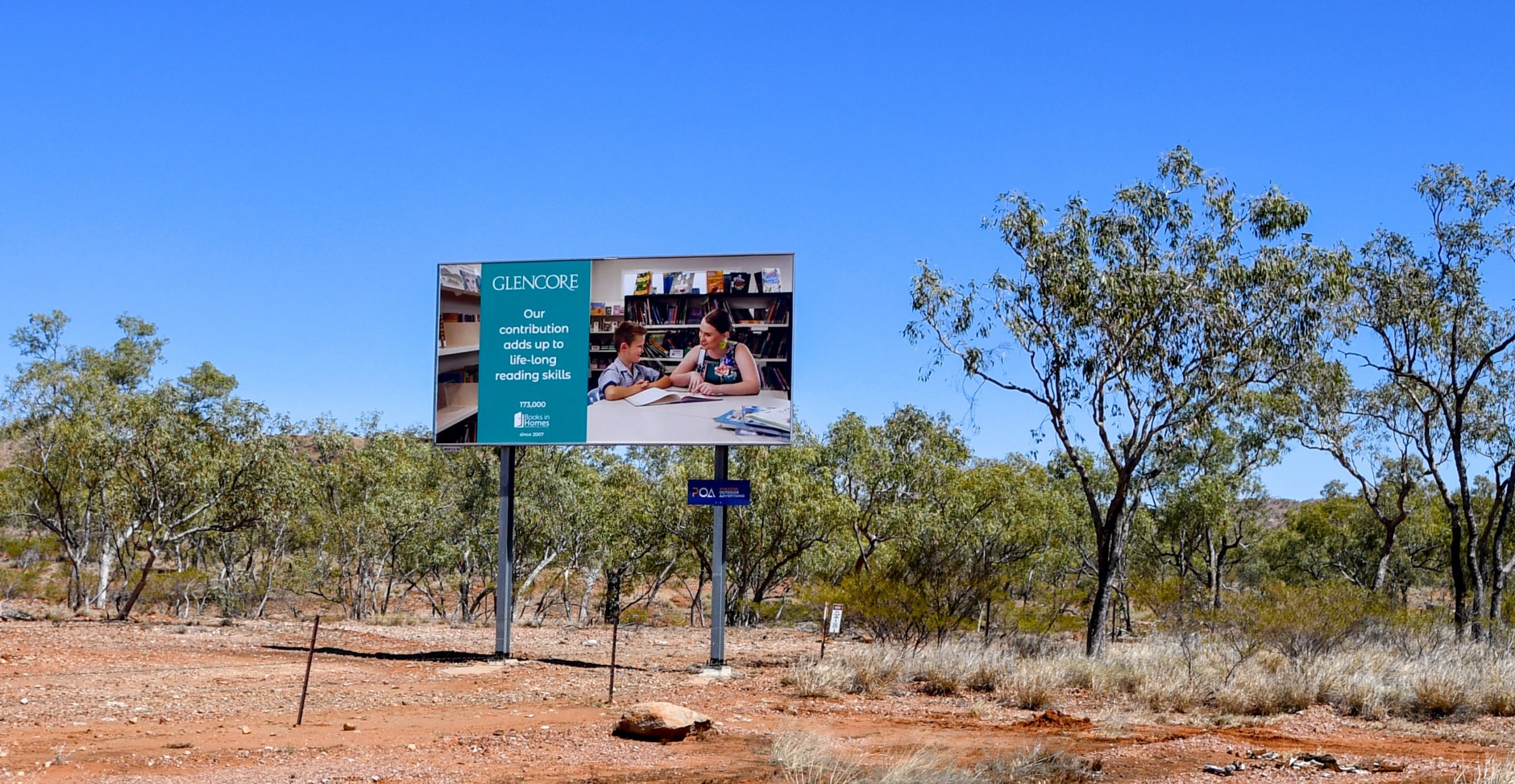 Billboard in the Outback

Books in Homes has just been featured on a billboard in the North West Queensland outback, courtesy of long-time Sponsor Glencore. Glencore organised for the billboard to be erected on the Barkly Highway 15km outside of Mount Isa on the drive between Cloncurry and Mount Isa. Glencore has been supporting schools in the region since 2007 and has so far distributed 173,00 books. Glencore is on track to contribute 200,000 books to students by 2023. The Glencore logo and the Books in Homes logo hover high up, contrasting with the ultra-blue sky and the red earth. Thank you to Glencore for highlighting our partnership in this extraordinary way.