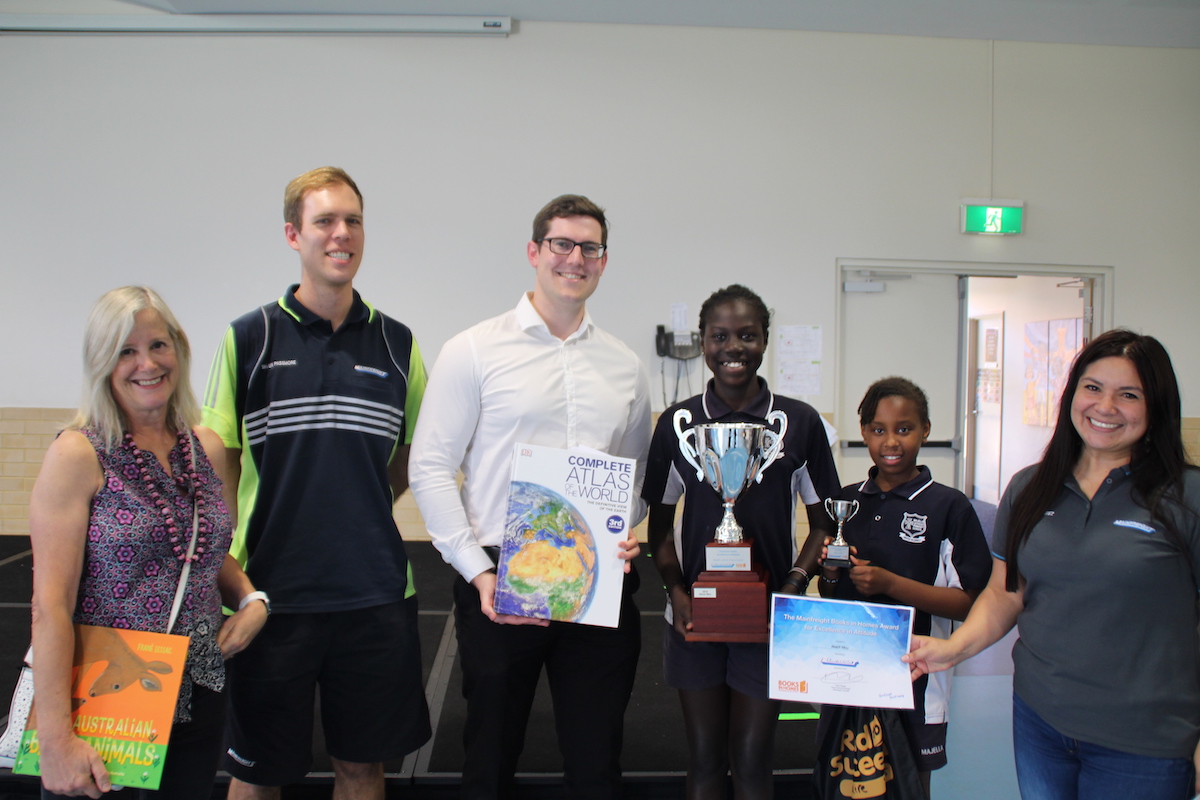 Mainfreight Award for Excellence in Attitude

In 2019, Books in Homes Australia launched a new initiative in the form of the Mainfreight Award for Excellence in Attitude for one student at each of the nine Mainfreight-sponsored schools. The Award was intended for a senior student school who showed a positive attitude in all areas of school life, or a student who accomplished something special or put in an exceptional effort at school.

This winners were announced at their respective Term 4, 2019 Book Giving Assemblies. They are:

At the various assemblies, the Mainfreight representatives presented each winner with an engraved silver cup,  a copy of the DK Complete Atlas of the World: The Definitive View of the Earth: A complete and unrivalled portrait of the modern world, as well as a certificate personally signed by Bruce Plested, Executive Chairman and Founder of Mainfreight.  Each school also received a perpetual trophy on which all the current and future winners’ names will be engraved.

Books in Homes Australia, as well as the participating schools, are exceptionally grateful to Mainfreight for this prestigious and generous award and for their continued support in all areas of the Program. Congratulations to all the winners!