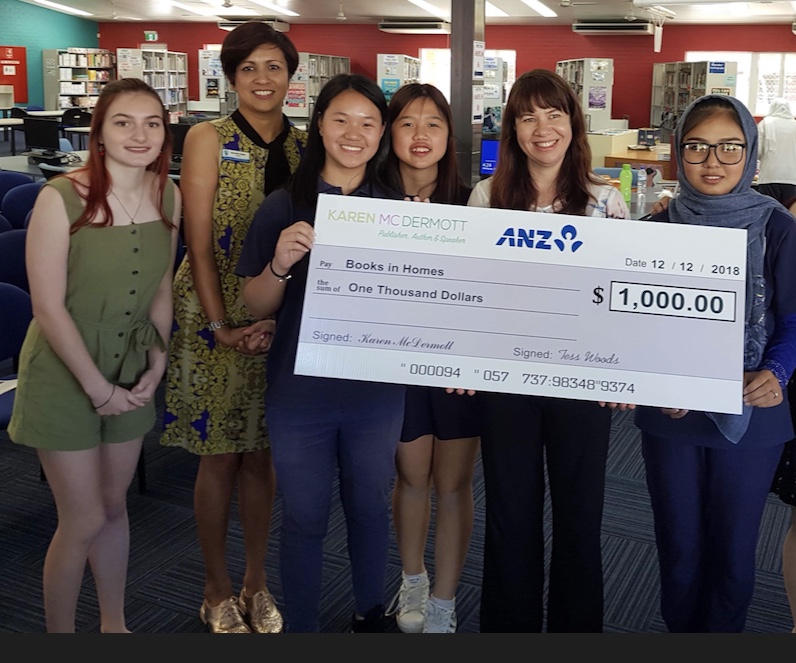 Teenage Authors Donate Profits from Anthology to Books in Homes

In December 2018, 12 girls from Ballajura Community College in Western Australia (WA) launched an anthology of short stories, poems and letters. and donated the profit of $1000 to Books in Homes Australia. The anthology, titled Generation Girls, was the culmination of a reading and creative writing mentoring program run by WA novelist, Tess Woods. The girls in the program, aged between 14 and 16 years, formed a book club and read and reviewed young adult books. The girls also wrote their own pieces —a selection of which were then chosen to make up the Generation Girls anthology.

Local publishing house, Serenity Press, owned by Karen McDermott, published Generation Girls in November 2018. The young contributors wanted the sales profits to go to charity, expressing a wish to use the money to buy books for other students. Serenity Press generously agreed to donate 100% of profits to Books in Homes Australia. At the book launch, which was held in the school library and attended by the girls’ families and friends, as well as college staff, a giant cheque for $1000 was presented by some of the young authors and their teacher to Sasha Wasley, the WA State Ambassador from Books in Homes.

Thank you, Generation Girls, for your extraordinary generosity.

Generation Girls can be purchased only through the Serenity Press website.

PHOTO CREDITS
Above: Sasha Wasley (Books in Homes WA State Ambassador – second from the right) with some of the Generation Girls from Ballajura Community College (WA).